What is a bidding test?

The test requires minimal setup. Traffic allocation will be 50/50. Performance KPIs can be broken down by A vs. B in the platform Performance and User Activity pages to compare results.

How a bidding test works

Once activated, the Bidding Test will divide the traffic equally between groups A and B, comparing a traditional vs. bidding hybrid waterfall.

Set up your waterfall according to the instructions below.  This setup allows the AB test to run properly:

Activate the bidding networks you want to test: 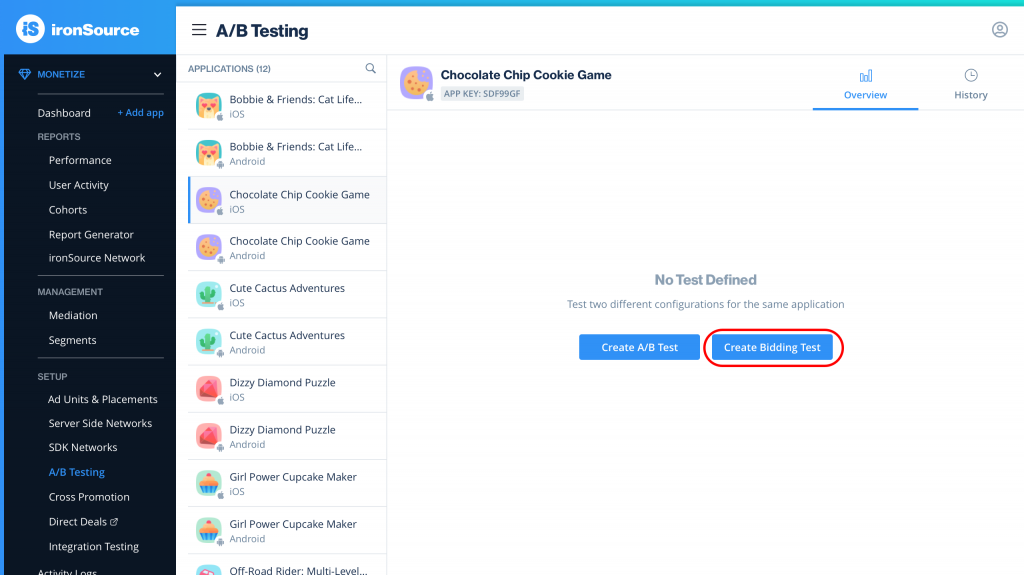 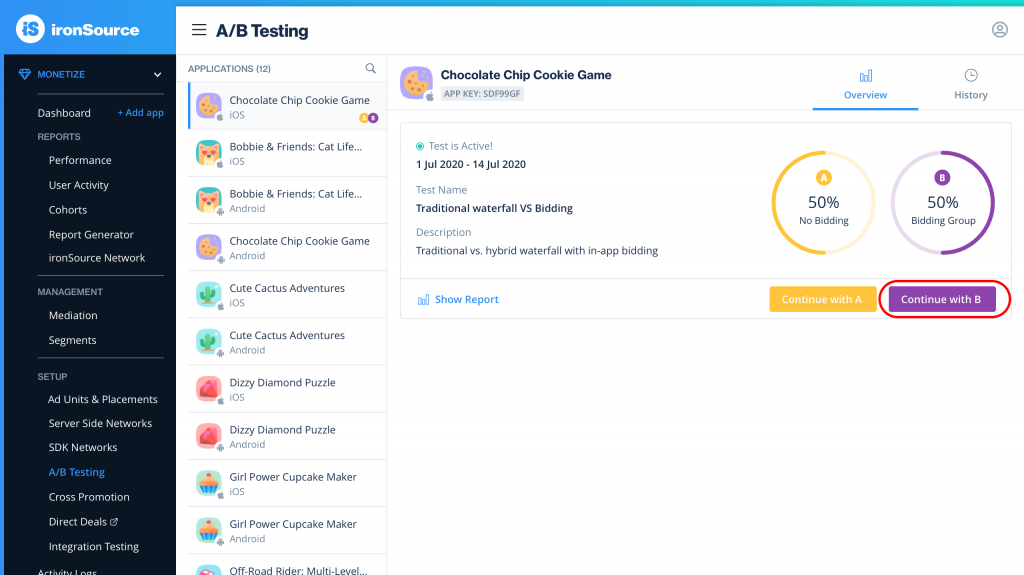 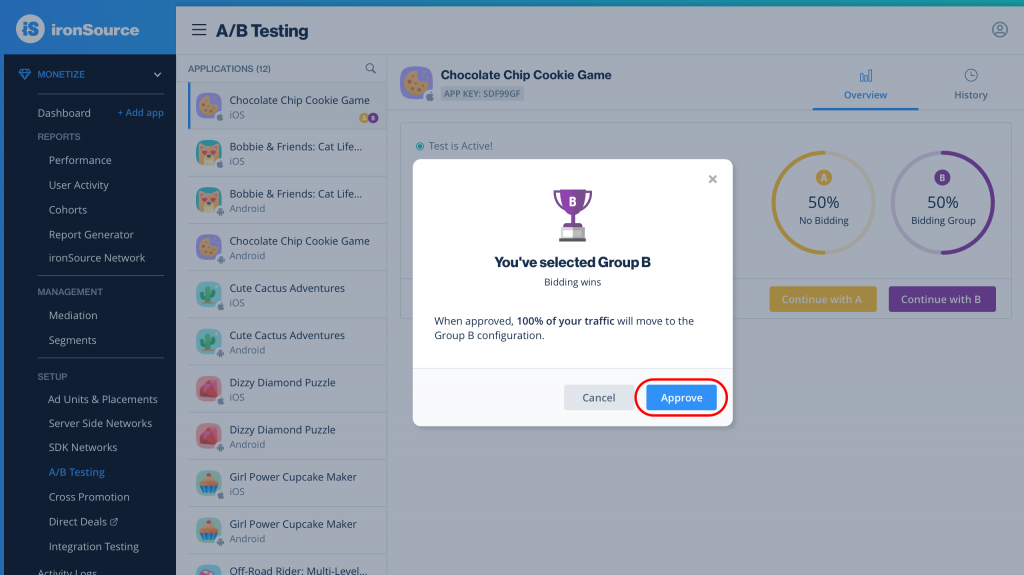 To monitor an active bidding test, use the platform reporting pages (Performance and User Activity reports).

A breakdown by A/B is available on the Performance and User Activity reports, with all metrics supported. To view reports broken by A/B, select one app that completed or is currently running an A/B test.

Click Show Reports to view the Performance report with the app pre-filtered, test start/end dates selected, and the data broken down by A/B: 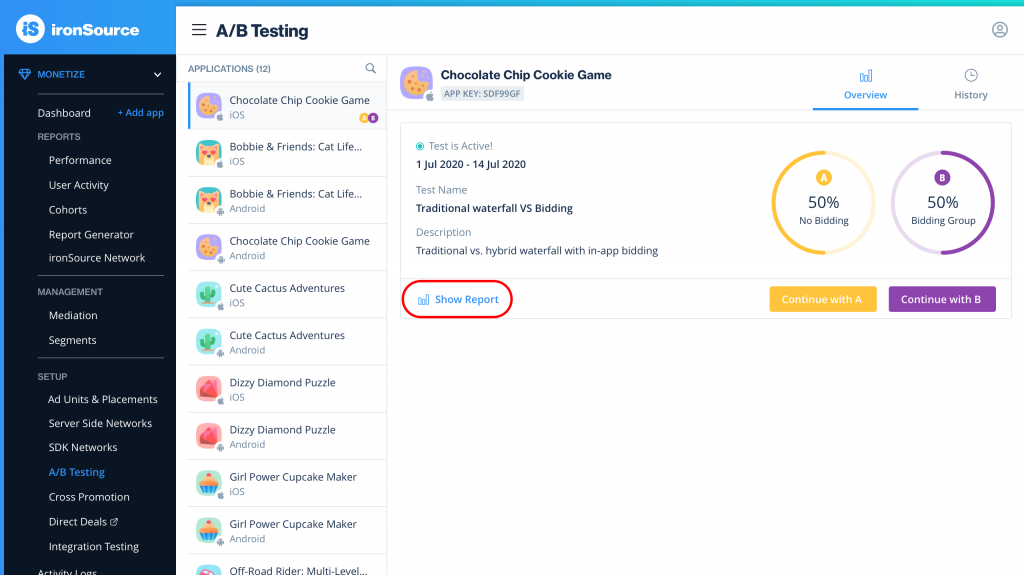 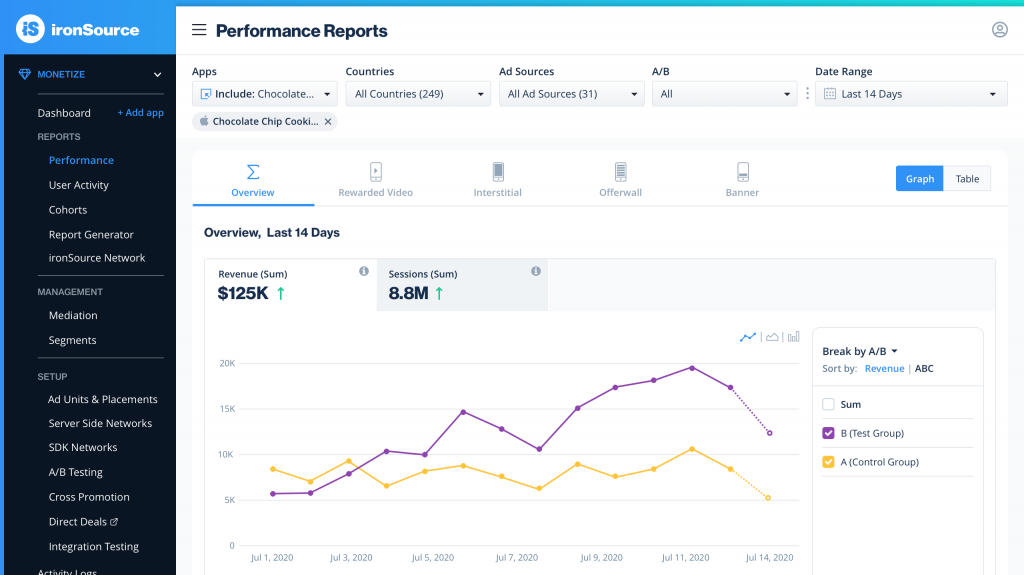